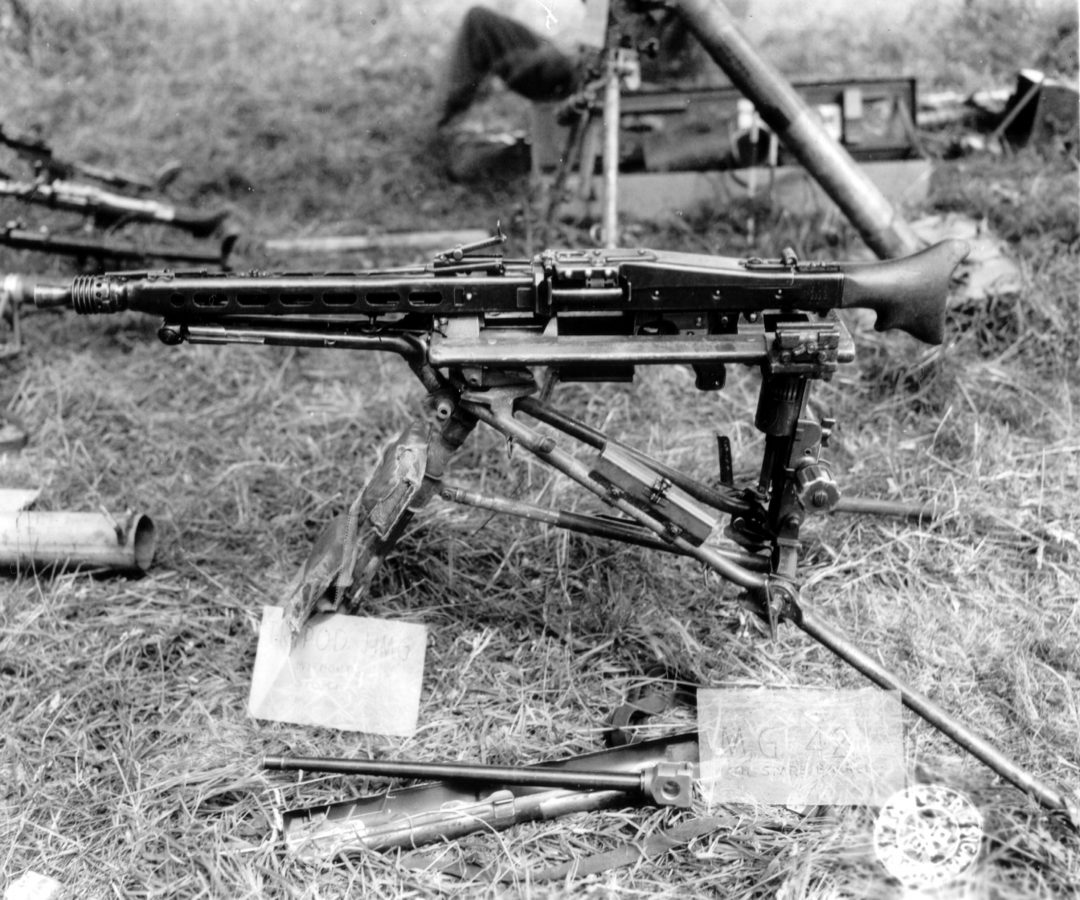 One of them was holding a long black loud-hailer with a wire attached. The other was manning a machine gun on a tripod. It looked to Bond like a Spandau.

Bond watched the snout of the Spandau swing and depress. The man was going to start with the canoe among the rocks.

James Bond, Quarrel and Honey Rider have just made acquaintances on the beach of Crab Key, when Dr. No's henchmen, searching for them, drive by the beach in a high-powered motorboat. (Converted MTB, British Government surplus? Bond wonders.) The occupants of the boat issue orders for the trio to show themselves.

When there is no response, they fire a warning round from the Spandau. This could've been an MG 42, which was called "Spandau" by British troops, but Spandau was also a traditional generic term for all German machine guns.

When the warning round is fired, it sparks a note of recognition in Bond. There came the swift rattling roar Bond had last heard coming from the German lines in the Ardennes.

What was Bond doing in the Ardennes? He was in the Royal Navy.