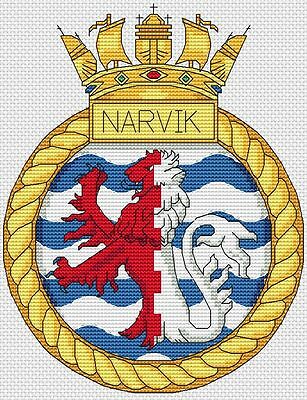 And if I may say so, sir, I submit that we should take steps to clear up Crab Key without waiting for approval from London. I can provide a platoon ready to embark by this evening. HMS Narvik came in yesterday. If the programme of receptions and cocktail parties for her could possibly be deferred for forty-eight hours or so…” The Brigadier let his sarcasm hang in the air.

DR. No has met his demise and James Bond is back in Jamaica where an emergency meeting is underway in King’s House. The Brigadier in command of the Caribbean Defence Force suggests a plan of action.

There appears that there was a ship by the name of H.M.S. Narvik. There isn’t a whole lot of information that is readily available. The real ship was a submarine support ship, which apparently supplied and supported a fleet of submarines.

There doesn’t appear to be any evidence that the vessel ever came to Jamaica, it appears most of its time during that period was in the South Pacific. I’d be interested to know how Fleming came to choose this ship to be the cited for this adventure.