Did you know that Ian Fleming briefly sent James Bond to Venezuela in Goldfinger?

You might’ve missed this one paragraph from the beginning of the novel, as Bond is reflecting on his recent mission and departure from Mexico.

At dawn Bond had got up and shaved and driven to the airport where he took the first plane out of Mexico. It happened to be going to Caracas. Bond flew to Caracas and hung about in the transit lounge until there was a plane to Miami, a Transamerica Constellation that would take him on that same evening to New York.

In Caracas, Bond would’ve most likely flown into Aeropuerto Internacional de Maiquetía (now Simón Bolívar International Airport). Service to New York on Constellation planes were done at the time (one crashed in 1956)

Here is what the airport terminal in Caracas looked like within a few years of Bond’s visit. Here it was preparing to welcome John F Kennedy, thus the crowds. 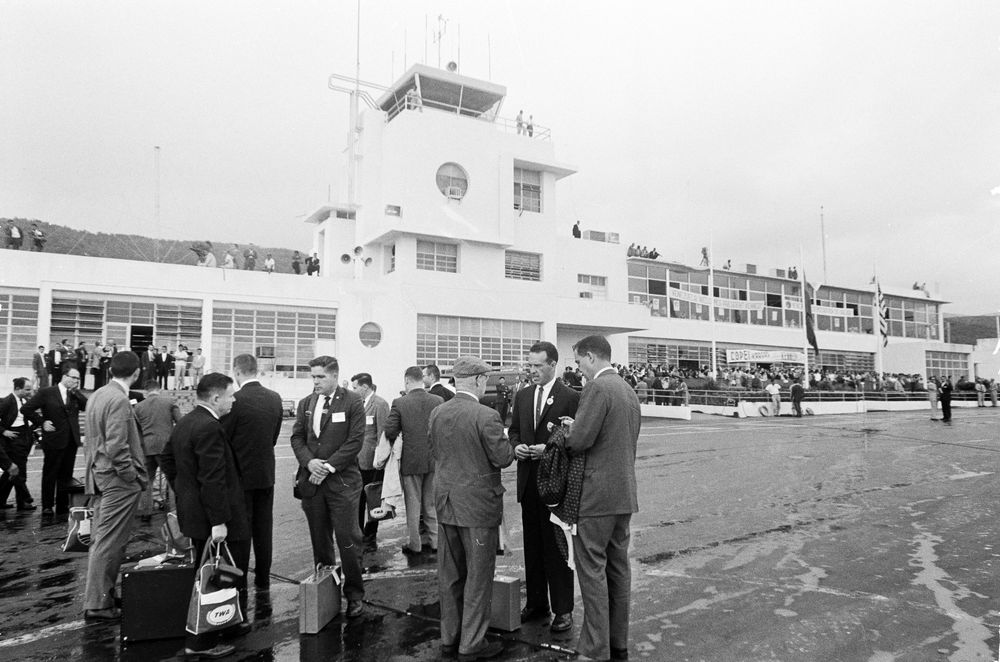 On a bit of a sidenote – While in Miami Bond is delayed:

Again the Tannoy buzzed and echoed.’ Transamerica regrets to announce a delay on their flight TR 618 to New York due to a mechanical defect. The new departure time will be at eight am. Will all passengers please report to the Transamerica ticket counter where arrangements for their overnight accommodation will be made. Thank you.’

Interesting note – there was no airline called Transamerica at the time that Fleming wrote this. (or was there?) Los Angeles Air Service became Trans International Airlines in 1960, which became Transamerica in 1979. The airline was shut down in 1986. Also, Tannoy is a Scotland-based manufacturer of loudspeakers and public-address systems.