Some of the principal action in Diamonds Are Forever takes place in a western ghost town. Bond is talking to cab driver Ernie Cureo, who fills him in on the habits of Seraffimo Spang:

“He’s daft,” said the driver. “He’s crazy about the Old West. Bought himself a whole ghost town way out on Highway 95. He’s shored the place up-wooden sidewalks, a fancy saloon, clapboard hotel where he rooms the boys, even the old railroad station. Way back in ’05 or thereabouts, this dump-Spectreville it’s called seeing how it’s right alongside the Spectre range-was a rarin’ silver camp. For around three years they dug millions out of those mountains and a spur line took the stuff into Rhyolite, mebbe fifty miles away. That’s another famous ghost town.

Tourist centre now. Got a house made out of whisky bottles. Used to be the railhead where the stuff got shipped to the coast. Well, Spang bought himself one of the old locos, one of the old ‘Highland Lights’ if y’ever heard of the engine, and one of the first Pullman state coaches, and he keeps them there in the station at Spectreville and weekends he takes his pals for a run into Rhyolite and back.

We read later that took about two hours to drive from Las Vegas to Spectreville. The town of Spectreville is fictitious, while Rhyolite was a real town.

John Griswold puts forth the theory that Fleming (mistakenly) referenced Spectreville when he really meant Rhyolite, seeing as how Rhyolite fits better for distance and time to drive there.

Griswold’s work is amazing, and I enjoy that he attempts to put every scene in the Fleming novels into context and make it “real” in terms of making everything in the stories fit together and be completely plausible. While I appreciate and admire that approach, my own is slightly more pragmatic. I like to look at the real places Fleming mentions and see what inspirations he drew from them when creating the fictional locations of his stories. To me, it’s simple, Spectreville was not real, but Ian Fleming got much of his inspiration for it from the town of Rhyolite.

For the real aspects – there is a Specter Range in Nevada, and it is where Fleming says it is. There is also a ghost town of Rhyolite, founded in 1905, (or thereabouts) and it is about 120 miles northwest of Las Vegas. It is off of Highway 95.  So at 60 miles per hour, it would take about two hours to make that drive. Rhyolite has a house made of  bottles. The rail depot still stands. 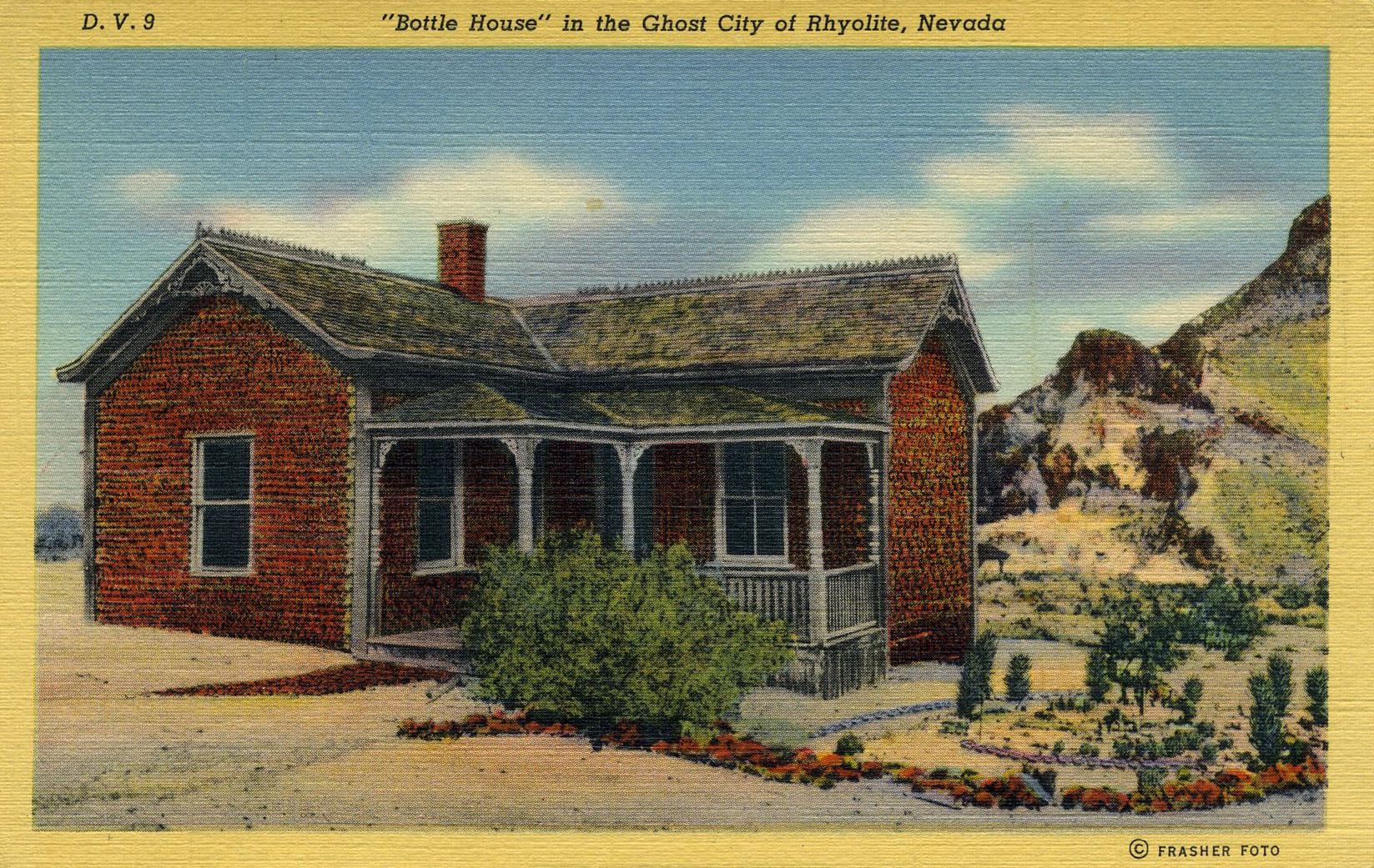 2 thoughts on “Nevada Ghost Towns of Spectreville and Rhyolite”